Paul was admitted as a Lawyer in 1966 and worked mainly in litigation and commercial law with an emphasis on the mining and infrastructure industries.   He has extensive contacts in those industries, including five major companies involved in contract mining in Australia.  In 1978 he became First Chief Minister and Attorney General of the Northern Territory and remained active in the Northern Territory politics until 1987, the last three years in the Australian House of Representatives.

Since then Paul has concentrated on the law and business in South East Queensland.  He has formed a practice specialising in business law, mediation, commercial litigation and planning and environment law.

Julia joined Everingham Lawyers in 1998 as a Receptionist having previously worked in the banking industry.  Julia progressed through all areas of the practice including secretarial work, conveyancing, paralegal roles, accounts and office management before her admission as a solicitor.

Before finding her niche in Family Law, Julia practiced and continues to practice in in the areas of:

Her background in these areas means that she can offer a wealth of practical experience to problems for client’s associated with:

Whilst understanding the emotional undercurrents at play.

Luke joined the firm in February 2016 and completed his Supervised Traineeship focussing on civil litigation, personal injury law, corporate/business law, property law, family law, wills and estates and criminal law under the supervision of our team of skilled lawyers in each of the areas.

Michelle has over 30 years legal experience predominantly in conveyancing. Clients are her number one priority and client satisfaction is of utmost importance to Michelle.   Her extensive experience allows her to ensure that the transactions proceed smoothly and on time.  Michelle is meticulous with her handling of matters from the time of receiving a contract through to final settlement.

Amanda commenced working with us in January 2004 as a junior clerk before quickly being promoted to our Brisbane secretary. In late 2004 Amanda was relocated to our Caboolture office where she became Paul Everingham’s secretary, then paralegal and she continued in this role until May 2008. In May she stepped into the role of Office Manager full-time basis. However in 2009 Amanda went on maternity leave to have two children and worked on and off as the Office manager during this period. Amanda returned not long after working part time as our Office Manager.

Krystie supports Susan in the paralegal role and is prepared to take on any task assigned to her. Krystie is predominantly focused in the Personal Injuries area.

After finishing high school in 2004, and with no future direction in mind, Kellie saw an advertisement in the local paper for a filing clerk with Everingham Lawyers.  Since then she has never looked back.  Kellie has steadily progressed through the ranks of Everingham Lawyers from filing clerk to secretary to paralegal.

Kellie has worked in multiple areas of law including family, banking and finance and litigation however personal injuries is her passion. Kellie looks forward to continuing to work with Susan & Paul and eagerly awaits completion of her law degree to develop her knowledge and skills further.

Janet has been involved in the legal industry for approximately 19 years.    She is an experienced legal secretary with knowledge and background in most areas of law.

Janet is a positive, hardworking employee who has a flexible attitude with professional presentation. Janet brings to the firm excellent communication skills, strong initiative and is self-motivated with high standards.

All our Professional staff are assisted by a team of Paralegals, Secretaries and Administration Assistants. 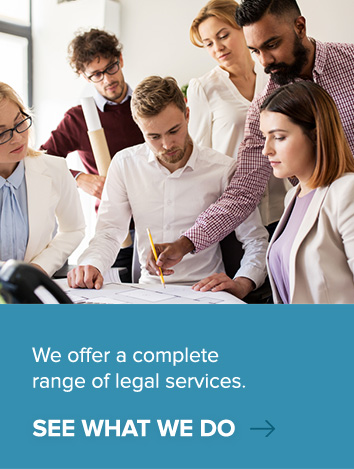